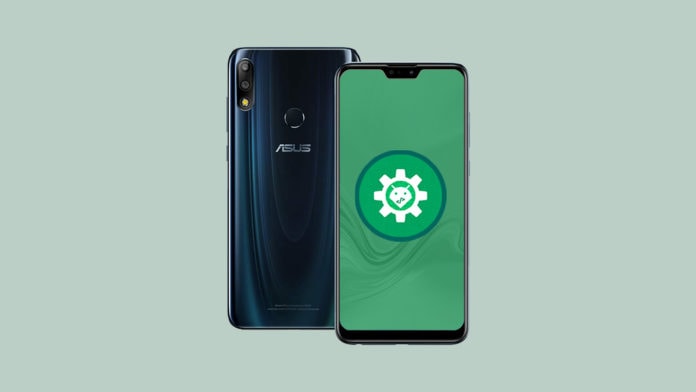 The Asus Zenfone Max Pro M2 (Asus could’ve done better with the naming of these phones) is the sequel to Asus’s smash-hit Max Pro M1. Continuing the legacy, the Max Pro M2 was made to deliver smooth and swift performance on a budget. The phone comes with a very barebone build of Android out of the box.

If you were looking to flash some custom ROMs on your Zenfone Max Pro M2, you’ve come to the right place. Check out our list of best Android custom ROMs for the Max Pro M2 (X01BD).

Just in case you’re new to the aftermarket development world and you stumbled upon this page, you might want to start with our faq and knowledgebase section instead. If you are already aware of the basics, make sure to go through all the details very carefully before doing anything with your device. We know, a lot of text with some images might seem too boring to read, but believe us, a small mistake might brick your device. So, yeah, read everything on the post (and the linked forum threads), even the comments. Happy flashing!

The date was 10/10/2019 and PE pushed an official Android 10 update for the Zenfone Max Pro M2, and boy is the ROM lit! Apart from containing all the Android 10 goodies, the ROM also has the crowd-favorite Pixel Experience tweaks and features. Added to the conventional AOSP builds, PE is also available in CAF.

Last time we tried (15th October), the ROM was super smooth and lag-free. Everything worked, and the battery life we were getting initially was about 9 hours of SOT with 4G and all the regular apps. As the phone settled, the battery-life got even better, without any third-party kernel or tweaks. Apart from the battery, RAM management was also very good.

You can check the forum post for detailed discussions and user reviews regarding the PE ROM before downloading and flashing it.

Havoc-OS is the next best ROM for the Zenfone Max Pro M2 in our list. We tried Havoc 2.9 (based on Android 9) which has a fresh new flat material design and theme. There’s a lot of features like Rounded UI, Micro-G support, Signature Spoofing, Rootless Substratum support, and more. There are some stand-out features like smart-pixels and screen stabilization that enhance usability.

When the first builds were out back in February 2019, Havoc had some major issues on the Zenfone Max Pro M2. Things like jittery touch response, random OS freezes & restarts, unstable VoLTE, etc., made the ROM less than stable for daily use. But, with time, all the bugs were ironed out and the ROM quickly became one of the crowd favorites. As of September 2019, Havoc was silky-smooth and bug-free, and probably the best Android Pie ROM available for the Max Pro M2.

Make sure to check the ROM’s forum post for user-discussions and reviews before flashing the ROM.

Nothing extra to write about this particular ROM. It is equipped with all the Nitrogen OS goodies. All the Nitrogen tweaks, for the CPU, the display, the media experience, everything else that every other Nitrogen build has. Everything works, and everything works just as you would expect it to. Initially, the ROM had sudden CPU spikes, but they were gone with the builds that followed.

Here’s the forum post that you’re supposed to check before flashing it.

Users have reported issues like screen flickering in some games and slow-charging on the ROM, but fortunately, we didn’t face either issues with the August 2019 builds. The only issue we faced was a lower than usual volume through the earpiece during calls. Other than that, the ROM was pretty stable and fluid throughout our testing period.

Make sure to check the forum post before flashing the ROM.

RevengeOS is a lesser-known Android ROM for the Max Pro M2. Based on Android 9 Pie CAF, RevengeOS is a fairly stable aftermarket firmware, equipped with only the necessary features and tweaks, just like ArrowOS. This makes the ROM pretty light and swift on its feet.

We tried the late-August builds, which was arguably the smoothest out of the other ones. The only thing that this ROM (kernel) lacked is support for tweaking the CPU or the GPU. However, the ROM makes up for the lack of this by keeping the ROM light and swift.

You can check out the forum post for discussions and community reviews. You can also have a look at some of the RevengeOS screenshots before flashing it.

That’s pretty much it. Honorable mentions to Resurrection Remix and LineageOS, which despite being good, did have some noticeable bugs and issues we couldn’t ignore.

Let us know which is your favorite ROM for your MPM2 and if you tried any other ROM not mentioned in this list. Happy flashing!

What is CAF, and what’s the difference between a CAF and a non-CAF ROM?

What’s the difference between AOSP based ROMs & Lineage based ROMs?

Why should I root my Android?

What is SafetyNet in Android? Why does it exist, how does it work, &...

Please log in again. The login page will open in a new tab. After logging in you can close it and return to this page.